Very very very short post – so short in fact I had to stick three ‘verys’ into it to pad it out, as well as this explanation which is also now padding it out…

Also, while you’re on there, check out the Cathy Ulrich story ‘Bitter Tea’. In fact, check that out first, it’s better than mine: Bitter Tea.

That’s all really. Step away from the blog, nothing else to see here on the blog. 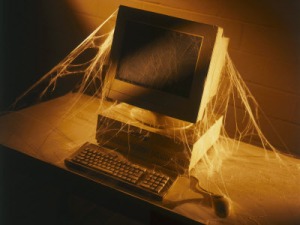 It’s been over a year since I wrote on this blog. A whole year. In that time I have been writing, a bit, but I was also blocked for a good portion of it. Have recently been a lot more productive and finally seem to be getting back on track.

At the moment I’m about one or two stories away from a new collection of shorts called (Slight Return). The story I had out in Litro last year – Werner Herzog Gets Shot – is in it, as are two more stories I have coming out in the next couple of months. I’ve had one called Metal Machine Music accepted by The Skylark Review and this will be out in November. I’ve also had a story called 100% / Serpents accepted by Drunk Monkeys, and this will be out soon too (date to be confirmed). More details to follow on these when I have them.

In the meantime I thought I’d post up some nonsense I’ve been playing about with. The story behind this is that I set myself the challenge of writing a sci-fi piece and I started on a story as a bit of a joke which was framed as a screen-play pitch. The sci-fi part was the film being pitched. But it turned out that bit was better than I expected it to be, so I dropped the whole pitch idea and started writing it seriously. So what I’ve been left with are these shitty film ideas that I put together and I had so much fun writing them I thought I’d stick them here. The very fact that one of them led to a semi-decent idea means I’ll probably keep doing it, but for now I have these: